Also called the Insider auction based on the Dutch auction. It consists of three stages, each of which is a separate auction type itself: the Dutch auction, Sealed Bid and Best Price auctions.

The essential rules of this part are the following:

Final lot price becomes the initial lot price for the next stage. The winner of this stage does not take part in the Sealed Bid part.

After the Dutch part, there is a 10-minute pause.

The essential rules of this part are the following:

This is the second stage of the Hybrid Dutch auction. The bids made by the participants here should be higher than the initial value (the price fixed at the first stage).

After the Sealed Bid part, there is a 20-second pause. 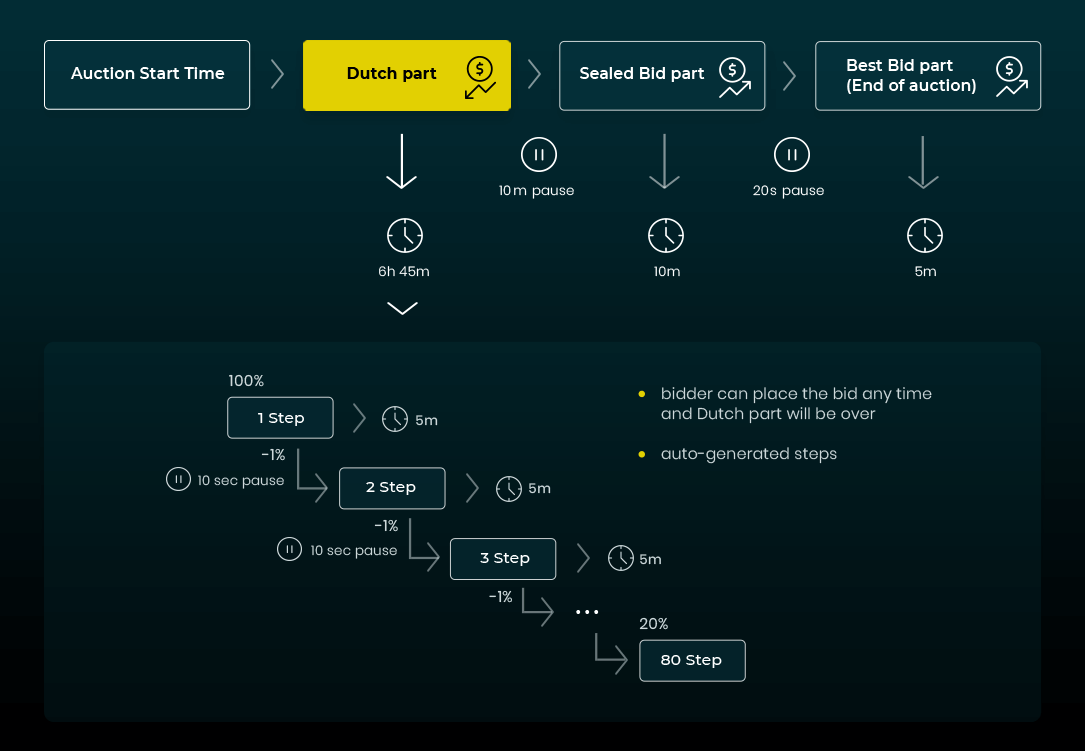